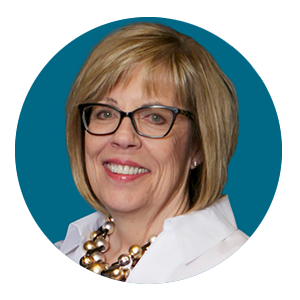 Debbie Stokes, a 20-year veteran with the Vitae Foundation, has been involved with almost every aspect of the organization. Stokes played a critical role on almost all of Vitae’s television ad shoots. She helped choose the production teams keeping in mind the cultural issues relating to each commercial. Stokes knew it was important to maintain production teams that were known for their expertise to prevent costly mistakes relating to a cultural community outside of their own.

In 2003, when Vitae made a tectonic shift to call-for-help ads targeted at women experiencing unplanned pregnancies, Stokes was there, going into markets and walking through some of the most crime-ridden neighborhoods in Los Angeles, Washington, DC and New York City. There were neighborhoods where a pregnancy center was surrounded by ten abortion facilities. She met with pregnancy center directors and others from the pro-life community to get the lay of the land. This information helped determine not only the right ad but where, in the large market, to air it as well.

In 2007, Stokes helped Vitae transition to its first print ad campaign on the subways of New York City, the abortion capital of the country. She led the way into Vitae’s online strategies with the research-based YourOptions website for pregnant women in need. Later, Stokes reached out deeper into the web on behalf of Vitae knowing more women were going online looking for abortion. The strategy used caused a huge shift that began to not only even the playing field but tip it in our direction.

As Vitae’s Brand Manager, Stokes made sure everything produced was in line with Vitae’s vast knowledge base of research. She helped lead several of Vitae’s research studies working closely with Dr. Charles Kenney, one of the nation’s top consumer psychologists. As an educator, she is gifted with the ability not only to absorb the complicated research but fully share it with others in a way that makes it easily understandable, including how it’s applied. Debbie has a BS in Child Development from the University of Missouri. She and her husband Rick have been married for 43 years and have been blessed with two daughters and three grandchildren.