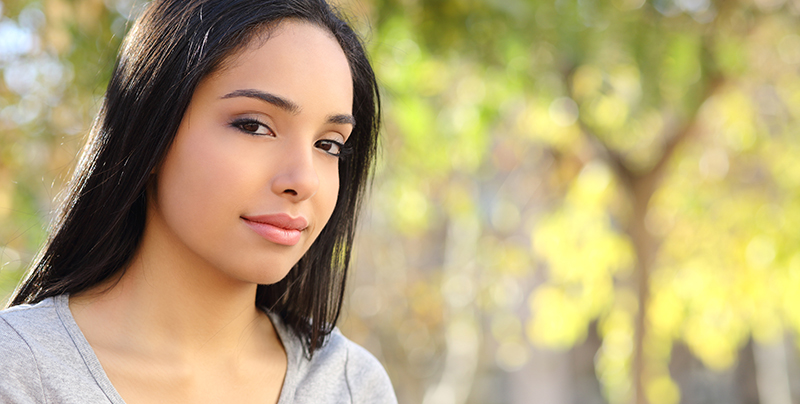 Tears and Fears Wiped Away

The cursor blinked over and over again, but Kaley just couldn’t type those words into Google, “Abortion clinics near me.” She waited and waited as she couldn’t admit to herself that she was actually considering abortion. After a few minutes, her hands shook as she typed in what she had been thinking and hit “search.”

Kaley found Parkville Women’s Clinic and clicked on the website. As she began reading about pre-abortion medical evaluations on the website, a box popped up asking if she wanted to chat. She took a deep breath and began the chat. She spoke with a woman named Sonya and asked to set up an ultrasound, a requirement to have an abortion.

Sonya ended the conversation with Kaley after setting up the appointment. Knowing that Kaley was determined to have an abortion, Sonya immediately sent a text message to Parkville Women’s Clinic supporters to ask them to be thinking of Kaley as she considered this decision.
The next day, Kaley came in for her ultrasound. To the nurse’s surprise, the ultrasound showed a beautiful 20-week-old baby who was kicking and moving around. There was a rush of emotion in the room as she was further along than they had all thought.

After the ultrasound, the nurse asked Kaley if she was still considering abortion. Kaley said, “There is no way I can abort after seeing the baby kicking and moving; it was beautiful.” They both shared a smile and sat down to talk about adoption and parenting.

Kaley shared that three years ago, she had a baby born with a chromosomal abnormality who had died twenty-four minutes after birth. As she was healing from the trauma of loss, she became pregnant again. This time, she had an abortion. Kaley shared that each year as the aborted baby’s due date comes around, she suffers that loss again.

As she told her story to the nurse, Kaley felt a weight was lifted. That was the first time she had spoken about her abortion to anyone. She felt like God had given her another chance, an opportunity to finally make the right decision, to choose life. She knew she wanted to choose life but still felt concerned that her child wouldn’t be born healthy. She didn’t want to suffer yet another loss.

The nurse offered to pray with Kaley, and she agreed. The nurse prayed that Kaley’s baby was healthy and that God would walk alongside her and would take away any fears she had about the baby being sick.

Kaley wiped away her tears and her fears that day and is expecting her child in the coming weeks.