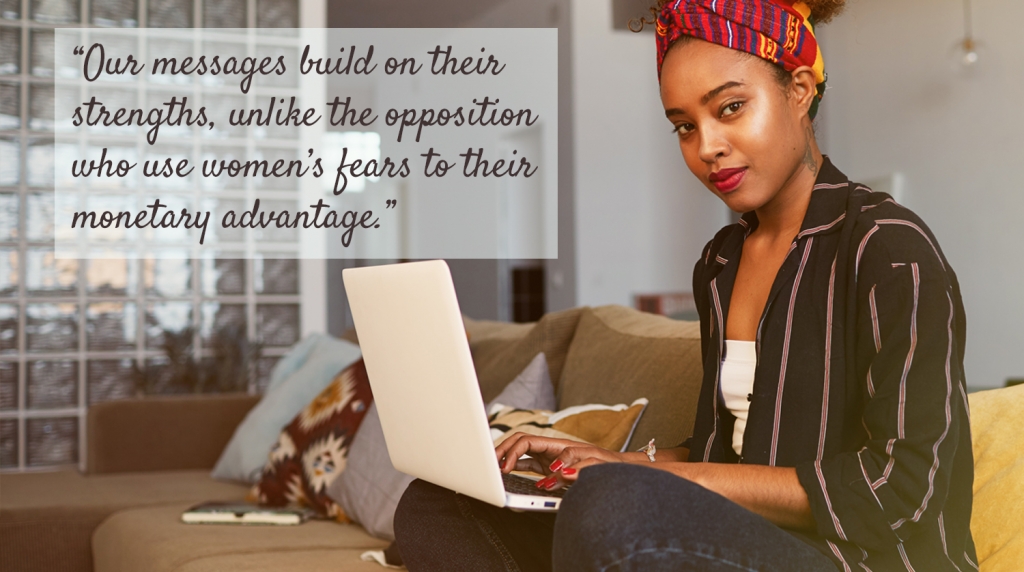 “We have a team that harnesses Vitae’s research and translates it into effective messages that reach women and empowers them to take charge of their situation.  Our messages build on their strengths, unlike the opposition who use women’s fears to their monetary advantage,” Vitae President Debbie Stokes said.

Vitae has the numbers to back this up.  In 2018, Vitae connected over 22,000 abortion-determined women with 40 PHCs in Missouri with the help of generous donors and the Meet Life campaign. Meet Life is a coordinated effort between Vitae, Missouri pregnancy centers and the Missouri Knights of Columbus who have placed ultrasounds in these centers.

“We work to reach every woman who doesn’t believe she can bring a child into the world.  If she goes online to look for help, Vitae’s ads are there to connect her with resources that present a compassionate, pro-woman approach that offers results she can live with,” Stokes noted.

At Vitae’s recent golf tournament in Kansas City (The Jerry & Kaye Meiners Pro-Life Golf Classic), golfers were treated to two success stories that could have resulted in two more abortions last year if not for Vitae and the work of Parkville Women’s Clinic, a PHC in the north Kansas City area.

“These two women’s stories were a direct result of Vitae’s work.  We get direct notification that it’s a Vitae lead,” Executive Director Sonya Rice told the audience.  “Both women were abortion-minded, meaning that when they contacted us, that is what they were seeking.”

“Sapphire” was a struggling single mom of one, and she did not want to add to her family.  When the nurse explained what would happen during the abortion procedure, tears began rolling down her face.  This was not a choice she wanted to make, deep down.  Then she saw her baby’s 9-week heart beating on the ultrasound.  “I don’t know if I can do this,” meaning going through with the abortion.  The staff let her know that they would be there for her during the pregnancy and beyond.  She took prenatal vitamins with her and chose life.  Sapphire kept saying, “I can’t thank you enough.”  Her baby was due in July.

“Stephanie” came to Parkville Women’s Clinic saying that her boyfriend supported her as long as she chose abortion.  When the nurse explained to her the abortion procedure, she began to flinch in her seat.  She was not far enough along for an ultrasound on that visit, but she made a follow-up appointment and took prenatal vitamins with her “just in case.”  She and her boyfriend did return in two weeks for the ultrasound.  They both saw their baby’s heart beating and they both smiled.  They said they were going to keep their baby.  “Seeing the heart beating truly makes it real,” Stephanie stated.  “That’s our baby.”

“These abortion-minded clients are just two of the many that we see because of the collaboration with Vitae,” Rice stated.  “We know that women are looking online, and because of Vitae we are getting those leads.  Ultimately, Vitae has made us even more prepared and equipped for the battle at hand.”

PHCs like Parkville Women’s Clinic have what women are desperately seeking—accurate medical information in a compassionate and professional setting, free of judgement, along with resources and support, all at no cost to the client.

According to Vitae’s president, “That’s not what they get at Planned Parenthood.  Our research proves this.”

“To see Missouri abortion numbers drop to their lowest point since 1980 is so gratifying, but we can’t rest on these laurels,” Stokes stated.   “We’re thankful for everyone involved in the pro-life movement for all their hard work and dedication.  We all know, however, that more work is needed to see the culture of life manifest to the point where abortion is unthinkable.”  You can help Vitae efforts to reach women by donating today.